Our Leadership Team Experienced leaders in the biotechnology industry 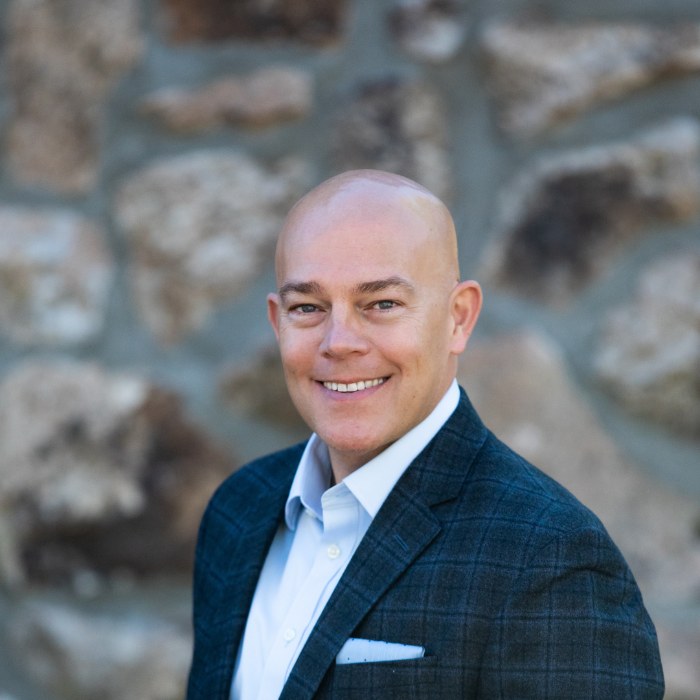 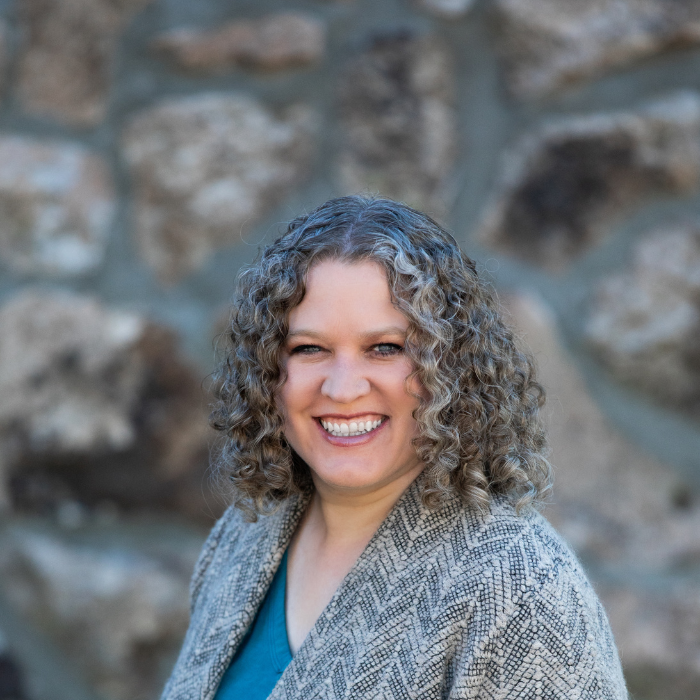 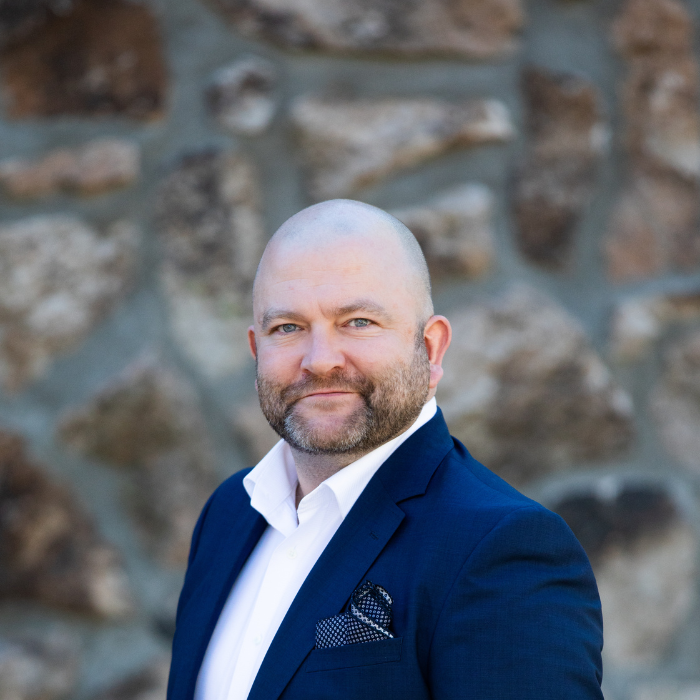 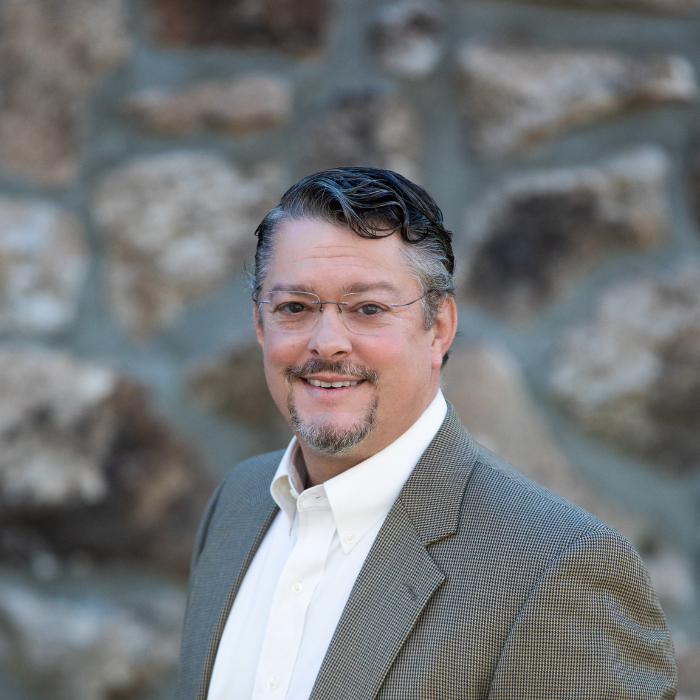 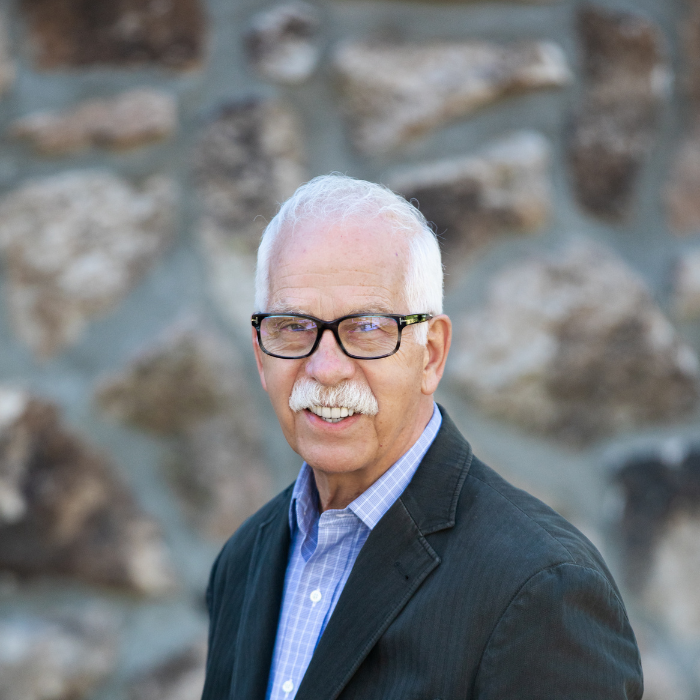 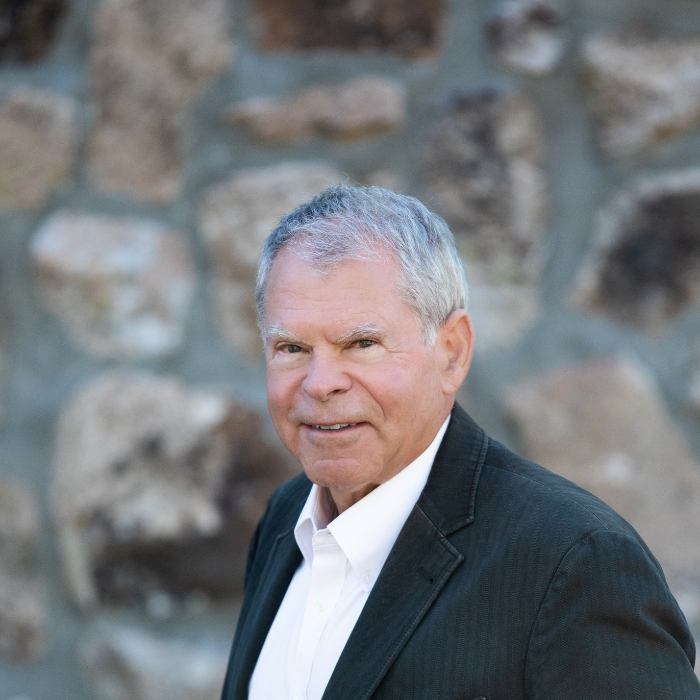 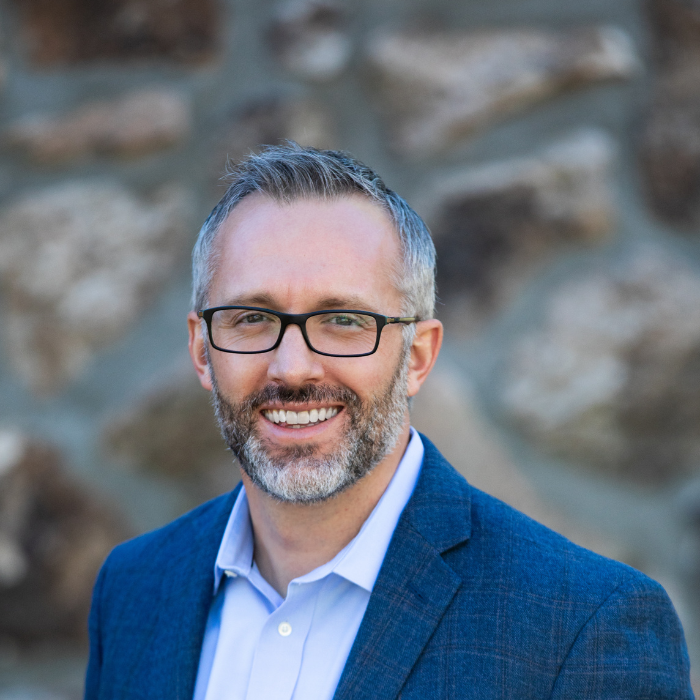 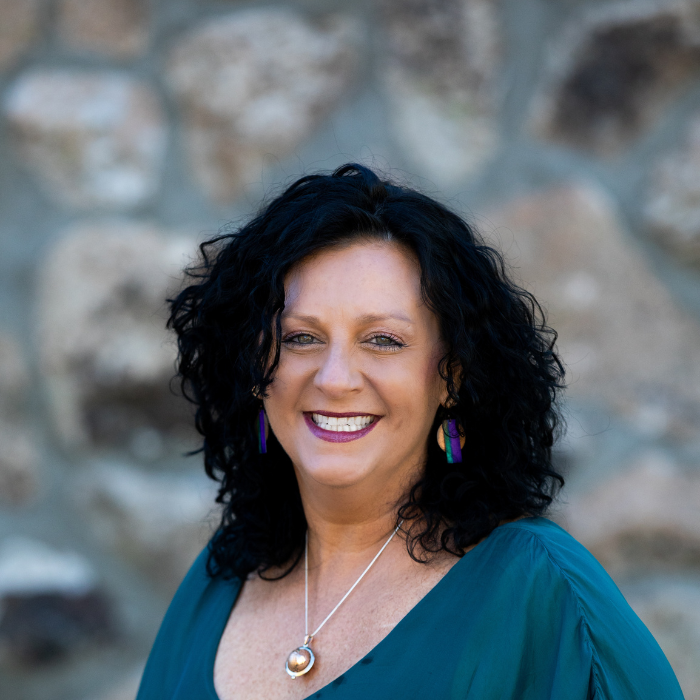 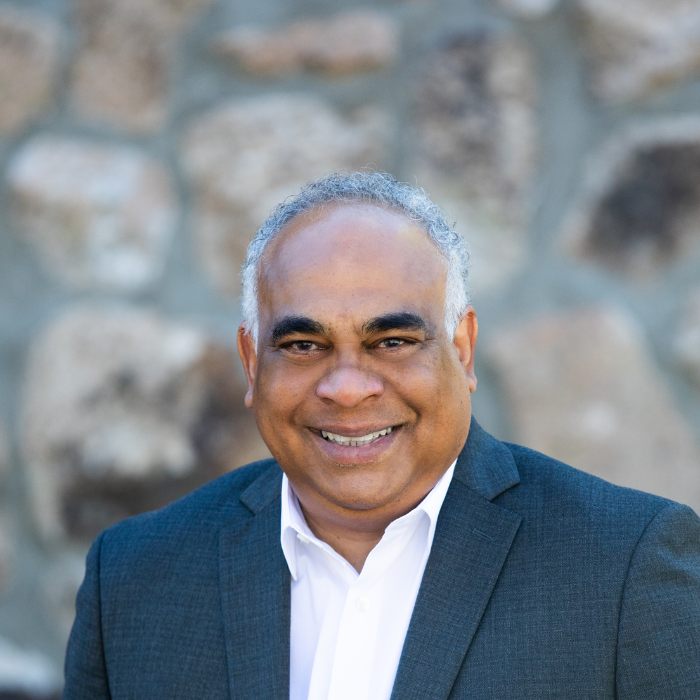 John Patience has served as a Director of the Company since June 2008 and Chairman of the Board since September 2020. Mr. Patience currently serves as both a Director and Chairman of the board of Accelerate Diagnostics, Inc. (NASDAQ: AXDX) and has served in that capacity since joining the board in 2012. Mr. Patience served as a director of Ventana Medical Systems, Inc. from 1989 and as Vice Chairman from 1999 until Ventana’s acquisition by Roche in 2008. Mr. Patience also served as a director of Stericycle, Inc. (NASDAQ: SRCL) since its founding in 1989 to June 2018. Mr. Patience is also a founding partner of Crabtree Partners, a private equity investment partnership in Lake Forest, Illinois. Mr. Patience was previously a partner of a venture capital investment firm that provided both Ventana and Stericycle with early stage funding. Mr. Patience was also previously a partner at the consulting firm McKinsey & Co., Inc., specializing in health care. Mr. Patience holds a B.A. in Liberal Arts and an L.L.B. from the University of Sydney, Australia, and an M.B.A. from the University of Pennsylvania’s Wharton School of Business.

Hany Massarany has served as a Director of the Company since July 2020. Mr. Massarany was President and Chief Executive Officer of GenMark Diagnostics, Inc. (NASDAQ: GNMK) from April 2011 to March 2020. From February 2009 to April 2011, Mr. Massarany served as President of at Ventana Medical Systems and Head of Roche Tissue Diagnostics, a division of F. Hoffman-La Roche Ltd. focused on manufacturing instruments and reagents that automate tissue processing and slide staining diagnostics for cancer. From 1999 to 2009, Mr. Massarany held various global leadership positions with Ventana, including Chief Operating Officer, Executive Vice President, Worldwide Operations, Senior Vice President, Corporate Strategy and Development, and Vice President, North American Commercial Operations. Mr. Massarany also held executive management positions with Bayer Diagnostics and Chiron Diagnostics, working in both the Asia Pacific region and the United States. Mr. Massarany served on the board of directors of GenMark Diagnostics, Inc. from May 2011 to February 2020. Mr. Massarany earned a B.S. in Microbiology and Immunology from Monash University in Australia and an M.B.A. from Melbourne University.

Jean M. Franchi has served as a Director of the Company since April 2020. Ms. Franchi is currently Chief Financial Officer at Replimune, a biotechnology company developing oncolytic immuno-gene therapies. Prior to Replimmune, Ms. Franchi was Chief Financial Officer at Merrimack Pharmaceuticals from 2017 to 2019, Dimension Therapeutics from 2015 to 2017, and Good Start Genetics from 2012 to 2015. From 1995 to 2011, Ms. Franchi held various positions at Genzyme Corporation, including Senior Vice President of Corporation Finance, Senior Vice President of Business Unit Finance, and Vice President of Finance and Controller, Product Line and International Group. Ms. Franchi previously served on the board of International Institute of New England, from 2016 to 2019, and currently serves on the boards of directors of Biophytis BSA and Visioneering Technologies, Inc. Ms. Franchi received her B.A. in Accounting from Hofstra University.

Jack Schuler has served as a Director of the Company since June 2008. Mr. Schuler served as a director of Ventana Medical Systems, Inc. from 1991 and as Chairman of the board from 1995 until Ventana’s acquisition by Roche in 2008. Prior to joining Ventana, Mr. Schuler was President and Chief Operating Officer of Abbott Laboratories, a diversified health care company, which he joined in 1972 and where he held a number of management and marketing positions, also serving as a director from April 1985 to August 1989. Additionally, Mr. Schuler has served as a director of Abbott Laboratories (NYSE:ABT), Medtronic (Lead Director) (NYSE: MDT), Stericyle (Chairman) (NASDAQ: SRCL), Chiron Corporation, and Quidel Corporation  (NASDAQ: QDEL), and currently serves on the board of directors of Accelerate Diagnostics (NASDAQ: AXDX). Mr. Schuler holds a B.S. in Mechanical Engineering from Tufts University and an M.B.A. from Stanford University Graduate School of Business Administration.

Charles Watts, M.D. has served as a Director of the Company since July 2019. Until his retirement, Dr. Watts served as Chief Medical Officer at Northwestern Memorial Hospital (NMH) and Associate Dean for Clinical Affairs at the Feinberg School of Medicine, Northwestern University from 2001 to 2011. Prior to his tenure at Northwestern, Dr. Watts served as Chief of Clinical Affairs and Associate Dean at the University of Michigan Medical Center. He has also served as Executive in Residence for the Health Management Academy, as an active faculty member of a nationally based Physician Leadership Program. Dr. Watts served as a Director of Providence Health and Services (Seattle, Washington) from 2012 to 2016 where he chaired the Quality and Patient Safety Improvement Committee, and served as a Trustee of Swedish Health Services until May 2017, when he accepted an appointment as interim Chief Medical Officer, serving in that capacity until June 2019. He currently serves as a Trustee on the Institute for Systems Biology Board and as a director of Accelerate Diagnostics. Dr. Watts received his medical degree from the University of Michigan.

Jon Faiz Kayyem, Ph.D. has served as a Director of the Company since December 2021. Dr. Kayyem has over 20 years of experience inventing, patenting, licensing, developing, and commercializing novel solutions for molecular diagnostics and DNA detection opportunities. Dr. Kayyem has served in various leadership positions throughout his career. He held numerous roles at GenMark Diagnostics, including Founder, CEO and President, Chief Scientific Officer, Senior Vice President of Research and Development. Prior to his work at GenMark Diagnostics, Dr. Kayyem served as Director and Founder of Calimmune and was Vice President of Life Sciences at Motorola. In October 2004, he co-founded the biotechnology fund management company, Efficacy Capital Limited and served as a managing partner. Additionally, Dr. Kayyem founded Clinical Micro Sensors Inc., the predecessor company of GenMark Diagnostics, to commercialize multiple technical innovations that he developed while serving as a Senior Research Fellow at the California Institute of Technology (Caltech). Dr. Kayyem holds a B.S. and M.S. in Biochemistry from Yale University and a Ph.D. in Molecular Biology from Caltech. Currently, Dr. Kayyem is on the Board of Directors of Inhibrx.

Lawrence (Lair) T. Kennedy, Jr. currently serves as the Managing Partner and Chief Executive Officer of Westwood Management, a private investment and wealth management firm directing a diverse investment portfolio across a range of alternative and traditional asset classes. Prior to his role at Westwood Management, Mr. Kennedy was the co-founder of Health Carousel, a talent management company with a leading portfolio of healthcare staffing and workforce solution businesses. Mr. Kennedy currently serves on the boards of directors of Healthcare for Kids, HC Locum, Revolution 4.0, and Health Carousel. Mr. Kennedy has received a Master of Business Administration from Duke University’s Fuqua School of Business and a Bachelor of Arts from Colgate University.