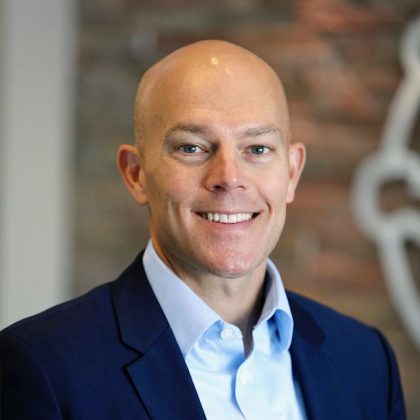 Scott Hutton is the President, Chief Executive Officer, and Director of Biodesix, where his personal leadership philosophy emphasizes ‘helping people, giving back, and positively impacting and improving people’s health and lives’. Under his direction and leadership, Biodesix has grown into a leading patient-centric lung disease diagnostics company with a mission to unite biopharma, physicians, and patients to transform the standard of care and improve outcomes with personalized diagnostics. In 2020, in the midst of the COVID-19 global pandemic while working remotely, Scott guided Biodesix to pivot to offer COVID testing and services, and then led the Biodesix team through an initial public offering (IPO) in October.

Scott is an accomplished, inspirational, and strategic transformational leader with 25 years of experience in the biotech, diagnostics, and medical device industries. He has a proven track record of successfully recruiting, developing, and leading high performance cross-functional teams credited with 50+ product launches positively impacting tens of millions of patients globally. Prior to being named Biodesix CEO, Scott  held the role of Biodesix Chief Operating Officer from March 2018 to December 2019. He joined Biodesix from Spectranetics Corp, now part of Royal Philips, where he served, until acquisition, as Senior Vice President and General Manager of the Vascular Intervention division from January 2017 to December 2017. Prior to joining Spectranetics, Scott spent 16+ years at Medtronic plc in a variety of roles and leadership positions where he most recently led the Neurosurgery business unit as Vice President and General Manager.

Scott is a Purdue University alumnus, having earned a Bachelor of Arts degree from the College of Health and Human Sciences, Department of Health and Kinesiology, in 1995. Scott was an active member of the Purdue Delta Delta Chapter of Sigma Chi Fraternity.