We have highly dedicated and driven leadership team with many years of experience in the biotechnology industry.

Scott Hutton has over nineteen years of experience in the medical device/technology industry. Scott joined Biodesix from Spectranetics, where he served as Senior Vice President and General Manager, Spectranetics Vascular Intervention, since January 2017. Prior to joining Spectranetics, Scott held several positions of increasing responsibility within various business units at Medtronic, Plc, a global healthcare products company and manufacturer of medical devices and supplies, over a period of 16 years. From April 2012 to January 2017, Mr. Hutton was Vice President and General Manager, Neurosurgery, where he oversaw the operations of the approximately $1 Billion Neurosurgery Business Unit. From 2011 to 2012, he was Vice President and Business Leader, Surgical Navigation and Intra-Operative Imaging Business. From 2008 to 2011, he was Senior Director, Global Marketing for the Medtronic Surgical Navigation and Intra-Operative Imaging Business. Prior to 2008, Scott held several positions in business development and marketing within the Spinal and Biologics business unit at Medtronic, Plc. Before joining Medtronic, Scott worked for an orthopedic medical device distributor in Southern California representing DePuy Orthopaedics (a member of the Johnson & Johnson Family of Companies) and Biomet.

In July 2011, Scott received the Medtronic Wallin Leadership Award for his focus on talent development, business performance, and his personal and intentional demonstration of leadership.

Scott holds a Bachelor of Arts degree from Purdue University. 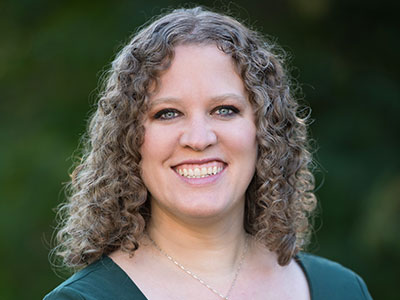 Robin’s background as a scientist combined with her extensive experience developing health economic strategy have contributed to her current focus guiding adoption of precision medicine diagnostics into accepted health care practice, helping payers and regulators update processes in order to reflect advancements in science and medicine. As Vice President, Health Care Economics and Reimbursement, she developed and implemented a payer and regulatory strategy that has resulted in widespread acceptance of VeriStrat®, Biodesix’ first commercially available molecular diagnostic test. Prior to joining Biodesix, Robin held a leadership role in payer and government relations at Precision Therapeutics (now Helomics). Robin’s background includes extensive experience with corporate finance, including venture capital, preparing for an IPO, and SPAC financing. She also spent several years as a researcher at the University of Pittsburgh Medical Center. Robin holds a B.S. in molecular biology and an MBA in Finance from the Joseph M. Katz Graduate School of Business, both completed at the University of Pittsburgh.

Dr. Beresford is Chief Business Officer. His expertise includes leading groups that provide products and services to oncology-focused pharmaceutical and biotechnology companies for identifying and commercializing companion diagnostics. Prior to joining Biodesix, Dr. Beresford held a number of senior management positions at Ventana Medical Systems and Roche Diagnostics (after the acquisition of Ventana by Roche in early 2008) including Vice President, General Manager of Translational Diagnostics. He received a Ph.D. in Immunology from the Sackler School of Graduate Biomedical Sciences at Tufts University School of Medicine and was an Instructor and Junior Investigator at the Center for Blood Research at Harvard Medical School.

Bobbi Coffin joined Biodesix in 2015, as Vice President, Commercial Marketing. Ms. Coffin came to Biodesix with a proven track record of leading commercial marketing functions to drive growth and profitability in the precision medicine diagnostic space. With over two decades of experience commercializing oncology diagnostics in precision medicine diagnostics, her background includes roles with Cytyc Corporation (now Hologic),Precision Therapeutics and most recently at Exact Sciences as Vice President Commercial Marketing and Strategy. In addition to the success she has seen in her leadership roles, she has also served as an executive board member for many national advocacy and society groups, including the National Comprehensive Cancer Network Corporate Counsel (NCCN), the Society of GYN Oncology (SGO) Industry Board, and the Colon Cancer Foundation. Most recently, Bobbi joined the Colorado Bioscience Association board of directors to support the growing bioscience workforce in the state of Colorado. Ms. Coffin holds a B.S. from the College of Business and Economics and the Perley Isaac Reed School of Journalism, both completed at West Virginia University. 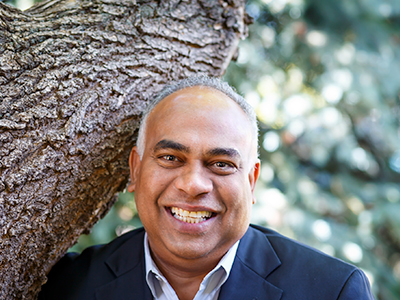 A seasoned biotech leader, Dr. Pestano heads up Development and Operations at Biodesix. His experience in laboratory and assay development for high complexity molecular diagnostics for oncology includes molecular and proteomic testing. Prior to joining Biodesix in 2012, Dr. Pestano led multidisciplinary teams in the development of tissue diagnostic tests, cancer vaccines and scientific software. He held senior positions in PharmaServices, R&D and Project Leadership at Ventana, a member of the Roche Group. Dr. Pestano is the co-inventor on multiple national and international patents for diagnostic tests. He has also fostered many collaborations in academia and industry as a part of new product development. Dr. Pestano received his Ph.D. training in Cell and Molecular Biology at The Graduate Center, City University of New York and conducted his post-doctoral training in cancer immunology at the Dana Farber Cancer Institute, Harvard Medical School. 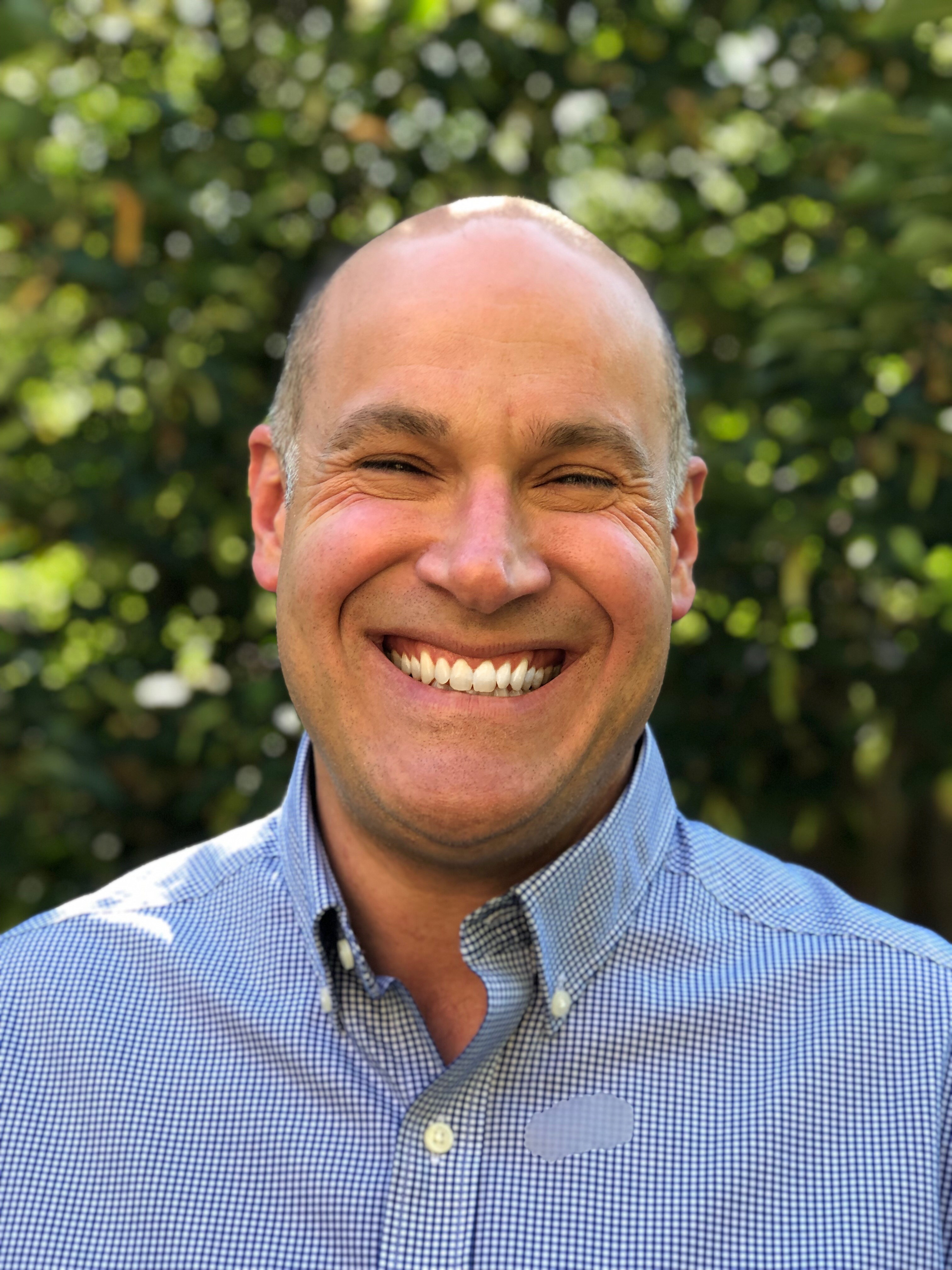 Robert W. Georgantas III Ph.D. is the company’s Senior Vice President of Research and Translational Science. Dr. Georgantas is recognized as a leader of immunology translational science and strategy. He joins Biodesix from AbbVie where he served as Director of Immunology Programs, Genomics, and the Genetics Research Center of Excellence, a group of experts tasked with applying genetics, genomics, epigenetics, and metagenomics to inform the product pipeline primarily regarding new target discovery, biomarkers/Personalized Health Care discovery for clinical trials, and asset positioning.

Dr. Georgantas’ deep expertise, along with his innovative approach to research and track record of achievement is invaluable to Biodesix as we are positioned for continued growth and new product discovery.

Dr. Traylor is a published scientist and has served as a Medical and Clinical Affairs professional for nineteen years. She earned her PhD in Pharmacology and Toxicology from the University of Arkansas for Medical Sciences. Following her post-doctoral fellowship at Duke University in 1997, she began her career with Miltenyi Biotec, a Bay Area based biologics/devices Company, in a regulatory and clinical affairs role, where she quickly advanced to a leadership position. Dr. Traylor played a pivotal role in developing a forward thinking clinical and regulatory strategy for Miltenyi’s magnetic cell purification platform, ultimately creating broad access to the technology for the advancement of cell-based therapy research.

Since then, Dr. Traylor has held multiple Clinical Development and Medical Affairs leadership positions for international biotech and pharmaceutical companies, including Abbott Laboratories, Amylin Pharmaceuticals, The Binding Site and Novartis Oncology. Prior to joining Biodesix, she launched three first-in-class products in the renal, diabetes and oncology therapeutic areas and supported all phases of clinical development and commercialization of the products. During her seven-year tenure at The Binding Site, she and her team were instrumental in developing a thought leader strategy to support market development for a novel diagnostic biomarker that challenged the long held standard of care. Their flagship immunology based biomarker, which Dr. Traylor also supported, was not only a required test for the diagnosis of myeloma, the test was established as one of three key factors in a Mayo Clinic developed risk stratification model for monitoring pre-malignant and high-risk patients that became widely adopted during her tenure at the company.

Since joining Biodesix in 2015, Dr. Traylor has been leading the Medical Affairs strategy to collaborate with key thought leaders from major academic institutions to drive the awareness of their paradigm shifting proteomic classifier development platform that will ultimately set a new standard for the use diagnostic biomarkers in clinical practice. Since joining the company’s Executive Team, she has revitalized the Clinical Development strategy and led her team in demonstrating the capacity of both genomic and proteomic biomarkers, and the importance of multivariate biomarkers, to redefine precision medicine for the benefit of patients.

Dr. Traylor is an active volunteer for the MSL Society, as a lecturer and mentor, paying it forward to current and future medical affairs professionals who want a rewarding and challenging career that significantly impacts the lives of patients. 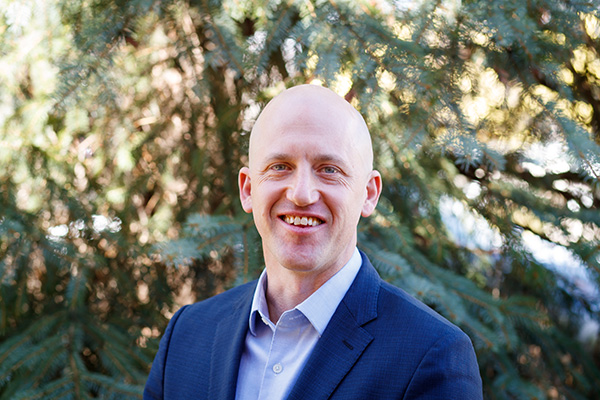 Matt Stauffer joins Biodesix as an experienced sales leader from Olympus, where he most recently served as the Western Vice President of Sales for the surgical endoscopy and integration business. At Olympus, Matt led a team of 7 regional managers and 56 territory managers to exceed 100M in annual sales.

Matt began his professional career in the military. He enlisted in the U.S Army prior to 9/11. After receiving a commission, he served as an infantry officer during wartime in the 101st Airborne Division and 75th Ranger Regiment. This leadership crucible taught him to plan in deliberate and expedited scenarios, make significant decisions within ambiguous environments, collaborate with a wide range of individuals, and subjugate personal needs to organizational needs. Matt strengthened his humanity and moral compass through deep life experiences.

Post-military, Matt continued his career in the private sector as a sales consultant at Stryker and Trumpf Medical, where he achieved President’s Club honors multiple times.

For the past eight years Matt successfully led medical sales teams with increasing responsibility at Trumpf Medical and Olympus. He utilized strong leadership and teamwork to build high performing sales teams that increased market share and preserved profitability in competitive, complex sales environments. He is a contagious collaborator and focused leader who consistently reduces “noise” by identifying and leveraging the key drivers of sales performance. Matt builds winning sales cultures and empowers individuals to make decisions that maximize sales and positively impact strategic initiatives. If you ask Matt why his sales teams are known to succeed, he will reply that his “teams prevail over the competition, and forces of commoditization, through a laser focus on three initiatives: 1) talent management 2) segmentation, targeting, and positioning, and 3) sales force effectiveness.” 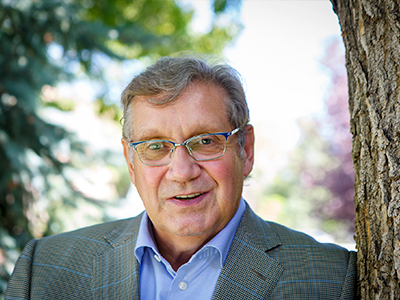 Notice to Recruiters and Agencies

In the case of candidates submitted or presented to Biodesix by a recruiter or agency without a signed agreement, Biodesix explicitly reserves the right to pursue and hire those candidate(s) without any financial obligation to the recruiter or agency. If you are an individual with a disability and require a reasonable accommodation to use our online system to search and/or apply for a position, please call us at (303) 892-3201 or send us an email at careers@biodesix.com.